“From angelic choirboy to electronic maestro” 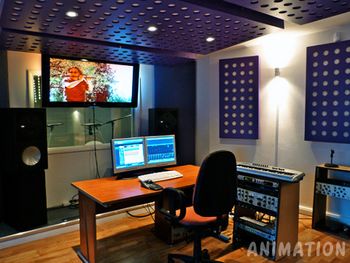 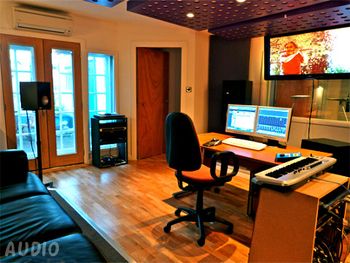 My musical career started at the age of seven, when I was awarded a choral scholarship to Hereford Cathedral. After I recovered in my teens, I progressed into programming and later was involved many innovative electronic albums along with acid jazzsters Marden Hill (the band about whom the term trip hop was first coined), Rob Dougan (Clubbed To Death/The Matrix), Mark Doyle (founder of Hed Kandi Records) and finally, Beamish & Fly the world’s first cartoon band which morphed into Gorillaz. I strive to be a musical originator, The Beijing Gang-Tan Qi (released in 2012) saw a fusion of classical Chinese instruments and sounds played by a handful of virtuoso musicians from the Peking Opera over contemporary beats. My latest project, The Swing Punks, a live band and recording project of Big Band arrangements of 70’s punk songs is hitting theatres and festivals this year.

I've also written a vast and varied catalogue of tracks for Extreme Music which is used in countless films, commercials, trailers and network tv shows.

"Chris is the consummate professional with a  spectacularly creative mind that is reinforced with superb skill as a musician and complete genius as a producer. His range of work covers everything from Classical Arrangements, Big Band to even Traditional Chinese Arrangments. If you need music for anything Chris really should be your first stop."

"Chris wrote the theme tune and score for two series of the BAFTA nominated 'King Arthur's Disasters' for me. His sheer musicality coupled with empathy for the storylines, animation style and characters was amazing and his music was always spot on. He often worked to very tight deadlines we imposed and never lost his sense of humour. A genuine pleasure to work with."

It has been an utmost pleasure to work with Chris on 2 of my past films. He has been a total inspiration to the entire team and has not only embedded his knowledge deeply into the project but also has infused our working methodologies with new strategies, which have pushed the entire project amazingly. And we have all so very much enjoyed the process AND had fun!

Director : The Gift, State Of illusion

“A consummately professional composer, highly versatile, with a vast knowledge not only of both classical and contemporary (dance) music, but of what works best on screen."